The chilli pepper is the fruit of a perennial shrub, the Capsicum Annuum. Spiciness, which varies according to the species, is determined by substances called capsaisinoids, which trigger heat reactors present in the mouth, stomach and anus, sending a message of “heat” to the brain. The plant has white-petalled flowers and fruit which vary from green to purple and deep red, and with a wide range of shapes, from round to elongated (the classic Neapolitan “cornetto”).

The chilli pepper is originally from the Americas, where it has been consumed since antiquity, as we know from archaeology. Brought to Europe by Christopher Columbus, it was named chilli pepper for its resemblance to the flavour of pepper.

Spiciness, which varies according to the species, is determined by substances called capsaisinoids, which trigger heat reactors present in the mouth, stomach and anus, sending a message of “heat” to the brain. 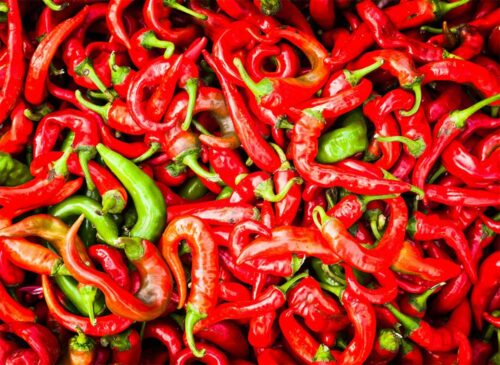