The pear or Pirus Communis is a tree in the Rosaceae family, whose fruit is a pyriform pome (like the apple, quince or loquat), more or less elongated and with skin of various colours (from red to green or dark brown) and crisp or floury flesh depending on the variety.
It originated in western Asia, but has been present in Europe since ancient times. In Ancient Rome there is evidence of its use both as a fruit and in dishes ranging from soups to salads.

Cooking pears with sugar and wine is also ancient, and documented from the 16th century.

There are more than five thousand varieties of pear.

Like all pomes, the pear is a false fruit: the flesh we eat is the receptacle, while the true fruit is the core. 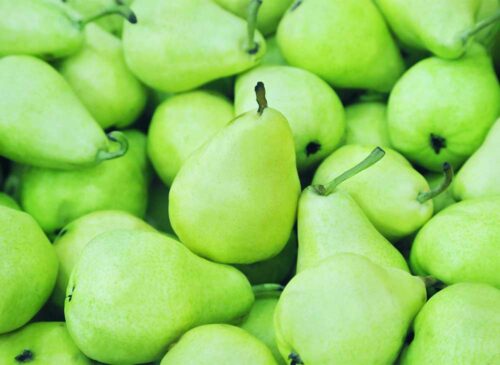