Chicory is the basal leaves of the common chicory plant, consumed mainly in salads. Also known as radicchio (scientific name Cichorium Intybus), chicory is a plant probably of Chinese origin, but it has grown spontaneously all over Europe for centuries.

You have probably seen chicory flowers in the countryside without recognising them: they are single flower-heads (like dandelions), and white or indigo in colour. 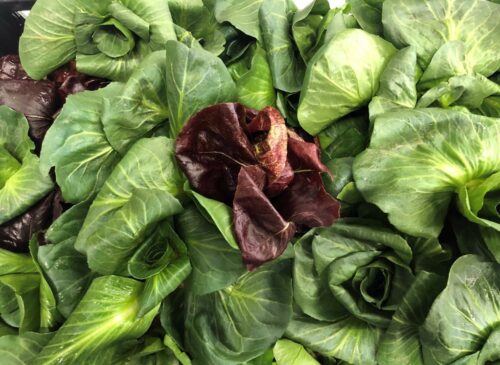